As of mid- 2016, 38.1% of American households reported having credit card debt, and the actual number could be even higher. Borrowers who have a balance month-to-month have an average credit card debt of $15,675. If you are in debt, it isn't a judgment on your character. It's simply a financial situation, and it probably has more than one cause.

Cost of Living Is Rising Faster Than Income

One common cause of debt is simply not being able to keep up with bills. When the cost of living is rising faster than income - which it has been doing for decades - people find that their raises aren't keeping up their increasing bills.

As a result, it's not always unwise spending that ends up on credit cards. Sometimes, people with lower incomes need credit cards to simply afford medical care, car repairs, and expenses in their home.

In the short term, these expenses can be covered with credit cards. However, in the long term, carrying these balances is crippling, and further stresses your income.

The solution is to be very mindful of your expenses and try to keep them as low as you can. If you can save even a little bit each month, you can pay extra toward credit cards to get them paid off.

Interest on credit cards can average as high as 23%, so someone who carries a balance and makes minimum payments is paying almost entirely interest.

In fact, some minimum payments are set as the interest accrued plus only 1 percent of the principal. At that rate, if you're paying minimum payments and still using your card, your balance is growing quickly every month.

The best solution for this issue is to find a lower interest loan to pay off your debt, while also changing your spending habits so that you don't continue to use credit cards. Some people move their credit balances to zero percent cards so they can pay them off without interest. Others choose to consolidate with a personal loan or get credit counseling.

More and more Americans are moving to entrepreneurship and self-employment to support themselves and have more control over their working lives. However, you do have to invest money to earn money, and as a result self-employed individuals tend to struggle with more debt.

Not only do self-employed people spend more money to invest in their businesses, they also have a more erratic income and are more likely to turn to credit cards to handle unexpected expenses. In the short term this may work, but over time your debt can outgrow your ability to earn.

Having strategies to manage debt when you're self-employed is essential. Otherwise, you'll end up with a debt load that will devour your income, and it will be very difficult to succeed in your business. Important tips to follow include:

Do you ever wish someone would swoop in and pay off all your debt tonight, so you could be debt free tomorrow? Unfortunately, that often doesn't work.

The reason it doesn't work is that spending that leads to debt is a habit. Poor spending habits that can cause you to end up in debt include:

Until you actually change your spending habits and make deliberate choices about your lifestyle, even a complete payoff won't save you. Within a few months, your habits will put you back in trouble again.

Changing your spending habits is not easy. It requires replacing habits and confronting some of the emotional reasons you spend money and finding new ways to handle those emotions. But it is possible. 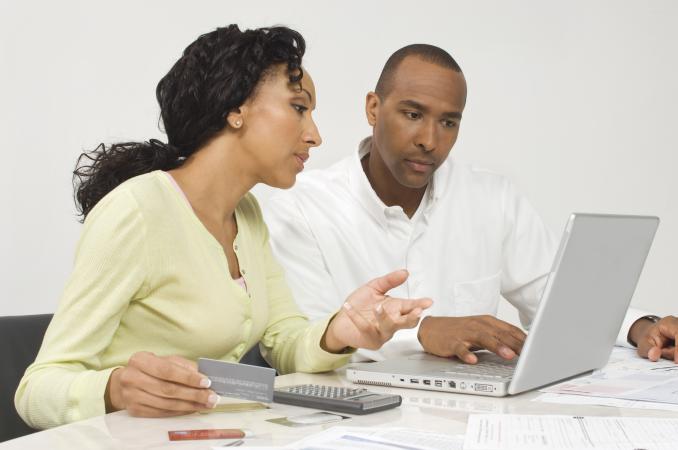 Many Americans budget so that they can pay their mortgage, electric bill, cable bill, and more. But what about sudden, unforeseen problems that carry a major price tag?

The best solution is to have an emergency fund. Financial expert Dave Ramsey recommends having an emergency fund that starts at $1,000 while you pay off your debt. Then, the overall goal is to save up between three and six months of your regular income to carry you through any emergency. Ramsey also recommends being very judicious about what expenses qualify as emergencies that you use the fund for.

Unforeseen events can range from a big car repair to a divorce to losing your job. With a safety cushion, as Ramsey says, "You'll never be in debt again." Without a safety cushion, you'll be left to use credit cards to cover the expense. If this happens, don't panic - just adjust your budget to handle the new payments and make plans to pay off your debt as soon as you can.

Income Goes Down, But Spending Does Not

There are many things that can cause a reduction in income. Perhaps you're working fewer hours, or someone in the household loses their job. Perhaps someone had a temporary position that ended, so your household income drops.

Generally, people who have these circumstances look for new work or a way to replace the income. Whether they find it or not, though, there is a tendency to not reduce spending to bring it in line with the new income. In fact, this is so common that Bankrate.com lists it as their top reason for credit card debt!

If you have a decrease in income, whether temporary or permanent, don't delay in bringing your spending down as well. It may be frustrating in the short-term to spend less money, but in the long-term it's worth it to avoid credit card debt.

Credit Card Debt Is Not Forever

While it may seem like it, credit card debt does not have to last for the rest of your life. There are credit card counseling organizations and credit card consolidation options, and you may be able to negotiate to settle your debt yourself.

Credit debt has a lot of causes and having debt is common in the United States. While there's a stigma that credit debt is caused by poor spending choices, that isn't always the case. Regardless of why you have credit card debt, it's important to work toward getting it paid off. Once you do, you will be much more in control of your income and your future.