Is credit card theft a felony? The answer to this question is not clear-cut. Credit card theft is a form of identity theft and as such can be punishable under various federal and state laws.

How Is Credit Card Theft a Felony

The United States Department of Justice states that credit card theft is one method of stealing the identity of another for economic gain. This form of identity theft involves fraud in the wrongful use of another individual's personal data. In some instances the charges are minor, such as using the credit card to make purchases. Other criminals can use the credit card and other personal data to take over the identities of their victims and run up large amounts of debt in their name. This can cause the individual serious financial loss, and in some cases, difficulty in trying to restore their financial reputation for years to come.

The U.S. Congress passed the Identity Theft and Assumption Deterrence Act in 1998 in an attempt to cut down on credit card theft and fraud. In this Act, laws are put into place that prohibits individuals from knowingly transferring or using any means of identification for another person with the intent to commit any unlawful activity. An offense to this law carries a maximum of 15 years in prison, a fine and forfeiture of any property used to commit the offense.

While the federal government has this broad law, many states have enacted their own laws governing credit card theft and other forms of identity theft, some of which include felony charges. A large listing of these can be found through the National Conference of State Legislatures.

Impersonating another person and using his or her credit card can be considered a felony depending on which state you live in or the criminal activity happened in. The statistics on credit card theft continue to grow. According to the 2007 report issued by the Federal Trade Commission, 59 percent of identity theft involves the use of existing credit cards by criminals. Up to 22 percent has to do with the establishment of new credit accounts in the name of another individual.

After contacting your financial institution as soon as you suspect a problem, individuals should consider additional steps when deal with credit card theft that has resulted in identity theft. 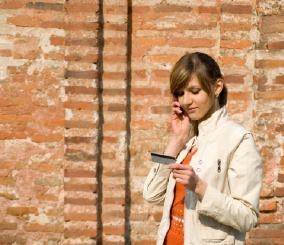 Is credit card theft a felony? In some areas it is. For further information regarding your state's specific laws, visit your state's legislature website or local justice department.

Comments
© 2006-2021 LoveToKnow, Corp., except where otherwise noted. All Rights Reserved.
Is Credit Card Theft a Felony