The Truth in Lending Act, codified as Title 15 Sections 1601-1667 in the United States Code, was designed to promote the informed use of consumer credit. In particular, Section 1644 outlaws and specifies penalties for credit card fraud crimes that affect interstate or international commerce, including the receipt or concealment of goods purchased through interstate or international credit card fraud.

The Credit Card Fraud Act of 1984 was intended to correct some of the loopholes in the original Truth in Lending Act where it related to credit card fraud. Codified in the U.S. Code Section 1029 of Title 18, this law prohibits the use of access devices, including credit cards, to commit fraud. It also criminalizes the fraudulent use of an account number no matter how it was obtained, includes punishments for the mere possession of illegal credit cards, and outlaws counterfeiting of credit cards.

Violators are fined of up to $10,000 for each offense. In addition, they may face up to 15 years in prison for the first offense. Repeat offenders can be sentenced to 20 years.

Credit card fraud often includes identity theft or mail fraud, both of which are covered under other federal laws.

In 1998, Congress passed the Identity Theft and Assumption Deterrence Act, which makes identity theft a federal crime. The offense carries a maximum penalty of 15 years in prison, a fine, and forfeiture of any personal property used or intended to be used in the crime.

Other sections of the United States Code can be used to prosecute a credit card-related identity theft, including Title 18 Section 1028 (identification fraud).

The Computer Fraud and Abuse Act, codified as Title 18 Section 1030 in the U.S. Code, defines a variety of computer-based fraudulent activities as federal crimes. These include accessing a computer and obtaining information, accessing a computer to defraud, trafficking in passwords, and more.

A new general offense for bank fraud was created in 1984 by the Comprehensive Crime and Control Act, which was a major overhaul of the U.S. criminal code. This supplemented existing criminal laws concerning fraud against federally insured financial institutions.

Both mail and wire fraud have been federal crimes in for quite some time. The Federal Mail Fraud Act was enacted in 1872. The Wire Fraud Act followed in 1952. These acts have been understood by the courts to have a wide application to a large number of deceptive schemes.

Cases of computer, bank, mail, or wire fraud under these statutes are all federal felony charges and carry severe penalties. Criminals could face up to 30 years' imprisonment, significant fines, and forfeiture of personal property related to the crime. 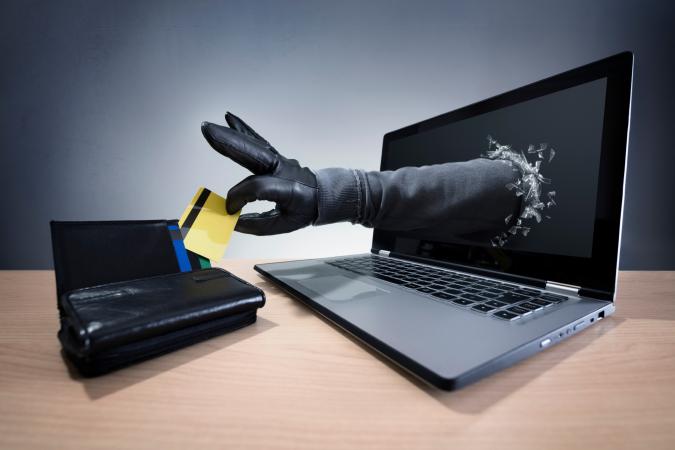 Credit card fraud, in all its forms, is also a crime under various state laws. As mentioned above, credit card fraud is likely to be prosecuted at a state level if the violation did not cross state or national boundaries.

How to Handle Credit Card Fraud

If You're Facing Charges

If you're confronted with a credit card fraud charge, you will want to retain an experienced criminal defense attorney as quickly as possible. Credit card fraud is a serious charge. A felony conviction can also cost you your job and your professional licenses. You could also be facing years in prison and thousands of dollars in fines.

Protecting Yourself Against Fraud

To help prevent credit card fraud, it is important to take precautionary measures to protect your credit card numbers. These include, but are not limited to: retaining your receipts, opting to receive electronic statements, remitting credit card payments electronically and avoiding phishing scams. Most importantly, always avoid sharing confidential information to help reduce the risk of having your credit accounts compromised.